Dog Parks are often considered a great place for dogs but is that really true? Recent studies have shown that dog parks are actually not such a safe environment for your dog. Sue Sternberg, well known author and dog behaviorist, who has spent the last few years filming and observing dog interactions recently revealed that she identified 5 behaviors in dog parks throughout the :

These behaviors have been identified among groups of unfamiliar dogs such as dogs that happen to meet in dog parks. Dogs are often no different then unsupervised children on a playground and tend to engage in mentally, emotionally and sometimes physically abusive behavior.

Is a dog park a risky place? Generally a dog park is a very risky and unsafe place for you to take your dog. There are always exceptions of course. Those exceptions are dog parks that provide more than just a hang out place for humans. Dog parks such as , and Point Isabel just to name a few in and around the San Francisco Bay Area. What makes these places a better place for your dog? Dog owners usually tend to be on the move, are more likely to engage with their dog and beaches are simply hard to beat when it comes to wearing out your dog. Water and sand will provide what a small and enclosed area in a city cannot.

When visiting places like these ensure you respect local laws. Do not let your dog off-leash when leash laws are in place. You are not only setting yourself up to fail. Respect fellow visitors with our without a dog. It is not a right but a privilege to have your dog out and about.

Info from: Sue Sternberg's book, Out and About With Your Dog available from www.greatdogproductions.com. 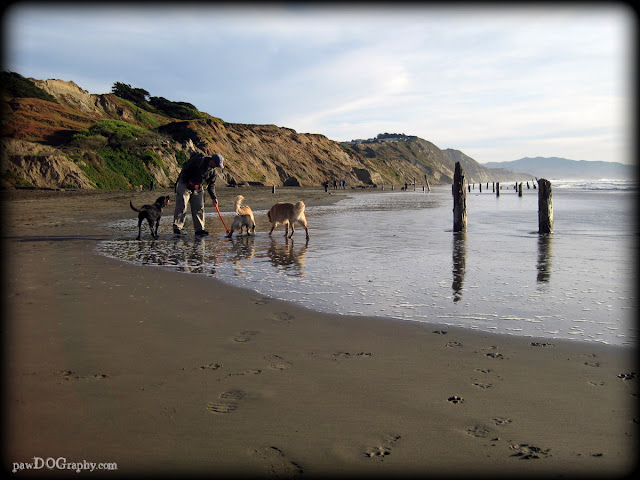 Posted by K9 Consultant at 8:03 PM No comments: