Misinterpretation of a Smile

We idolize our dogs and often attribute human characteristics to them. In scientific terms it is called anthropomorphism.

"an·thro·po·mor·phism. anTHrəpəˈmôrfizəm/ noun
the attribution of human characteristics or behavior to a god, animal, or object."

We want our dogs to smile. A smile is a pleased, kind or amused expression and when it comes to our dogs we want to show nothing more than the good side of our canine companions.

Picture copyright and courtesy of Pedigree.com


A smile as expressed by humans is one of those human characteristics that does not exist in the world of our dogs. They don't show their happiness, kindness or pleased mind set through a smile. It does appear on occasion that some dogs do provide us with an expression that looks very similar to a smile. It is called a submissive grin.

Some dogs exhibit a type of passive submission (or otherwise defined as a calming or appeasement signal) by means of a facial expression we consider a grin or a smile. The dog pulls his lips up vertically and displays his front teeth. The grin is usually accompanied by a submissive body posture. That posture could be a lowered head, squinting of the eyes and overall lowered body. The dog also will avoid any kind of eye contact. It is believed to be an inherited trait as defined by Beaver (1999. Beaver called it the mimic grin in which he determined that it is a facial expression that is an inherited submissive behavior.)

Here are some great examples: 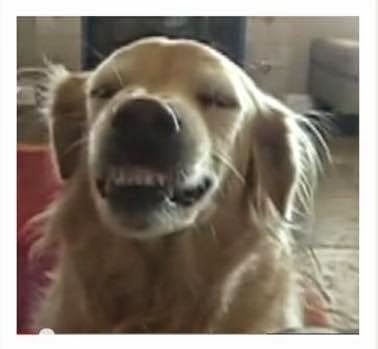 Copyright and courtesy of dvgrrgoldennosenudge.wordpress.com 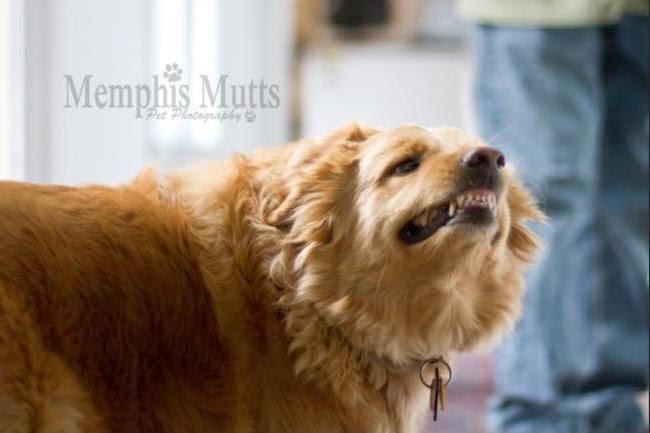 Often people identify a submissive grin as a warning signal and consider their dog aggressive when the dog is communicating exactly the opposite.

A Step closer to Aggression

There are people who believe their dog is displaying a submissive grin when in reality the dog is not. A smile misinterpreted. We have had a famous example not too long ago of an upcoming photographer and mom who submitted her picture to C'Oeur D'Alene Press of her young son sitting next to a dog she believed was smiling. Up until today she heavily defends her dog's action saying her dog and her son have the best relationship and that no aggression is involved. When we evaluated the body language the dog is signaling we analyzed the following: the dog's nose is pulled up and wrinkled. The forehead is in a frown. A stare. Ears pinned back. The bunny ears another stimulus that most likely contributed to the facial expression as did the little boy kissing the dog on the cheek. The dog does not have the ability to move due to being pinned between the boy and the glass door. 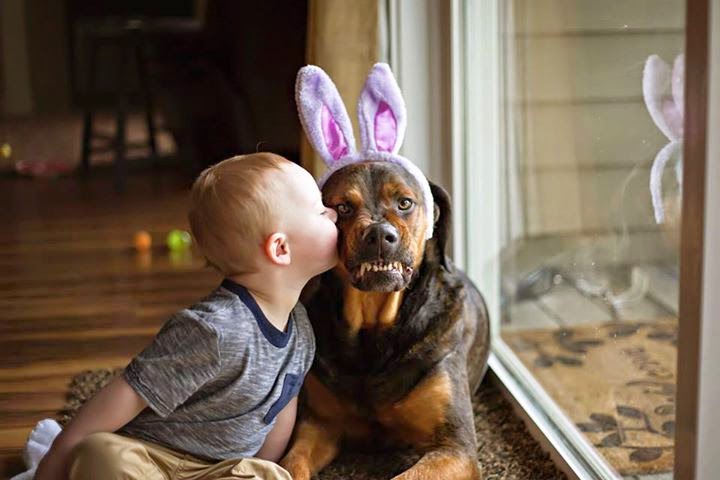 Another example of a misinterpreted smile. In this case the dog is petted on the side of the muzzle and the owners believe he is smiling in response. 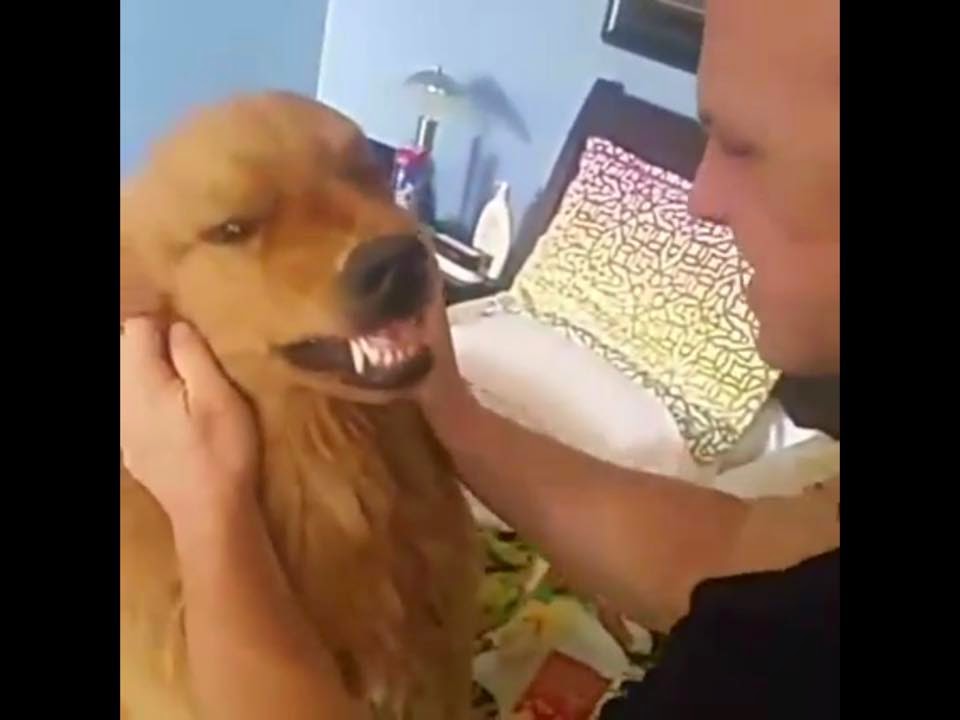 What do these dogs signal? Aggression with the intend to hurt. A dog providing signals as above will retract his lips to expose his teeth clearly. The wrinkle of the muzzle and frowning of the forehead are typical expressions of a warning. The pinned back ears, the stare, the stiff body posture inevitably signal discomfort and dislike.

As far as we are informed neither of the dogs displaying aggression has bitten a person. Just because a bite hasn't occurred doesn't mean it will not happen. It does show us great restraint on the part of both dogs. The response of both owners was denial. Honestly, who wants to accept that their cute family companion may not be as cute as they thought he would be. Understanding dog behavior is a crucial element when it comes to preventing injury. Dog bites occur too often and commonly with devastating results. Most dog bite victims are children. When dog bites occur the dog bares the blame. The dog also becomes a victim like the person who got bitten. The very bite the dog placed often result in euthanasia of the dog. Was the dog to blame or were the humans involved responsible for what happened. Either way we know that the dog bite could have been prevented. Never set up either involved party to fail.